DC Housing Expo does provide information on how to qualify for subsidized senior housing; could change under Trump in October 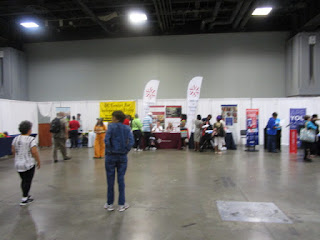 Continuing a discussion that I started here April 21, I visited the Washington DC Housing Expo, 9th Annual, this morning at the Convention Center downtown.

I visited an area about senior housing.  I was told that HUD has rules for “Section 8” and for some subsidized senior housing, especially apartments for 55+.  Often they are less expensive than comparable apartments for the general population as a result of subsidy, and typically offer one meal a day, and referrals to other properties for assisted living should that become necessary.

Most properties have a monthly income range, minimum to maximum yearly, for qualification.  Income could include social security (probably before Medicare taxes), pensions, any annuities already set up with financial institutions or life insurance companies, and allow counting of 0.06% per month of provable assets (that would be 0.72% a year), toward qualification.  The typical maximum is around $55000 a year for subsidized housing.

Consultants were concerned about what happens in a GOP Congress and Trump presidency for the FY that starts in October 2017.  But if subsidies were reduced, it’s conceivable that the formula for counting personal assets would become more generous, based on the ideology of more self-sufficiency.

There were some attorneys present.  Generally, the “open market” for apartment buildings does not really have an industry standard for counting a retiree’s personal assets, the way it does for mortgages.  A retiree with substantial cash could find it easier to purchase a property with cash than rent.   But some landlords would be willing to work with pre-arranged savings accounts with automatic withdrawals for rent.

For what look like desirable modern, secure and well-supervised properties, from a very preliminary look, for both rent and purchase, prices look substantially less in places like North Carolina (either Raleigh-Durham or Charlotte), Texas (Austin or DFW), and more upscale midwestern cities like Minneapolis (where rent for a modern property appears to be about 2/3 of what it would be in Washington or close-in suburbs).

Use of personal assets for qualification of retirees seems to be somewhat problematic because it could be spent, could lose value in equity markets, or be challenged if inherited (the “English novel” or “Cousin Rachel” problem).  Landlords prefer to see the ability to earn income dynamically last as long as possible (as population ages) rather than coast on benefits and savings.  Wealth inequality has some subtle downsides indeed. 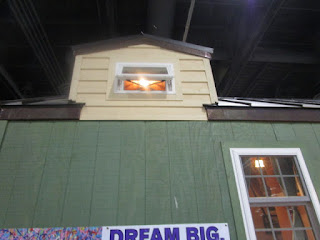 I’ll get into this more on Wordpress soon.  No, I don't want to live in a tiny house (ladder loft and kitchen).

I'm told personally that the waiting lists for subsidized 55+ apartments are generally long.

Posted by Bill Boushka at 10:59 AM No comments:

Senate health care bill: dwindling of Medicaid could lead states to use filial responsibility laws in some nursing home situtions 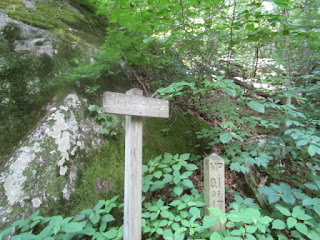 Criticism of the Senate “Better Care Reconciliation Act of 2017” (Issues blog) includes the likelihood of cuts of Federal support to Medicaid in coming years, which could mean that more seniors who depend on Medicaid for nursing home care would no longer receive it, in many “red” or less generous states.

That could mean a much greater burden on adult children.  “Lookback periods” were strengthened about 12 years ago limiting senior giveaways to qualify for Medicaid for nursing home care.  States having filial responsibility laws might be more likely to go after adult children.  (In more recent years, this has happened only once to my knowledge, in Pennsylvania in May 2012, covered here then).

I’ll put Saraah Kiff’s “VoxCare” analysis of the Senate bill and all the discussion of Medicaid here.   I notice the language "repeal the individual mandate and replace it with nothing."

Posted by Bill Boushka at 8:29 PM No comments:

Retirees in older homes should realizing that old wiring gets dangerous 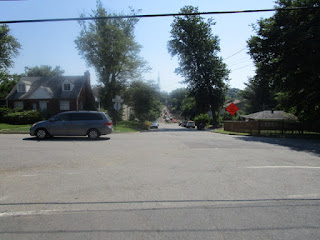 Retirees who “age in place” a lot of times live in older homes.  And with expanded life spans, even second generations are likely to be of retirement age and living in old homes.

I’m not big on all the review site hype, but Angie’s List does have some good advice on electrical sfatey and preventing electrical fires.

A particular risk can be aluminum wiring, which was sometimes installed in the late 1970s and early 80s and then was discontinued because of safety issues.

Wiring becomes unstable over the years, sockets can wear out (and become hot), major fuse circuits can wear out or be from a group known to  be deficient, and sometimes new appliances (especially some security systems) can require re-wiring.   Here’s the article.

Posted by Bill Boushka at 6:25 AM No comments: 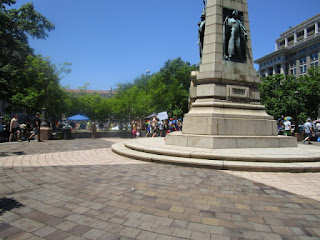 As an example of population demographics, an Asian site reports that Japan wants to immigrate up to 10,000 potential eldercare workers in the next three years because of its exploding elderly population, with low birthrate, link here.

Of course, this would raise the question of whether more retired people in the US should consider this.  There have been positions called “senior home companion”, minimum age 60, with a small stipend payment, in some states, but it may require more socialiability than a lot of retirees (me) have.

One way to stay out of medical trouble is to keep your momentum.  Keep getting everything done. Doctor’s appointments get in the way. Time eventually will run out, and it will be "pencils down".

Posted by Bill Boushka at 7:38 PM No comments: 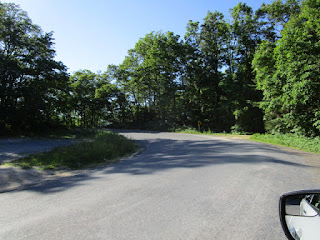 The AARP Bulletin for June 2017 has some alarming material about the opioid crisis and senior citizens.

AARP’s main link for “The Opioid Menace” is here.

The Cover Story, “The New Dealers”, by Joe Eaton, maintains that some seniors are selling prescription painkillers to drug pushers for extra money.

Seniors are more likely to become hooked on prescription drugs than younger adults if their liver and kidney function have impairment.  It’s shockingly easy to get hooked on medication.

I take Diclofenac Sodium intermittently for arthritic pain, and it is very effective, usually within about an hour.  But I don’t seem to need it continuously.  The specialist who prescribes it does have access to the mandatory annual blood work which a “family doctor” does

Posted by Bill Boushka at 2:43 PM No comments: