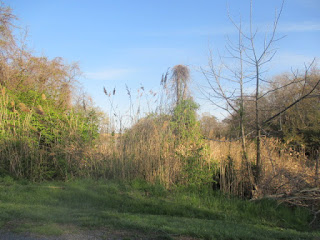 Investigative journalist Greg O’Brien has a disturbing article on the front page of the Outlook section of the Washington Post today, “I’m documenting my Alzheimer’s while I still can”.  He relates flying with his adult daughter, not being allowed to travel alone, and becoming confused about the purpose of an airplane fuselage exit door.

I can recall, in the fall of 2010, trying to schedule a trip for mother to Ohio by plane and having her picked up by a relative, and having to drop the plans.  She would pass away in December.

Yet, O’Brien writes his declining narrative cogently, as he says he is running on “cognitive reserve”. He notes with some irony that comic hero Clark Kent is a journalist.

I will sometimes look for a particular word, or name of someone not in my recent circulation, and have a “senior moment”, but the term or name always returns in a minute or so.

My own mother started occasionally getting lost driving in the latter part of 2008, two years before her final passing at 97.

Posted by Bill Boushka at 8:39 AM No comments:

Financial planners now have to look after best interests of investors (oh, well, starting in 2017) 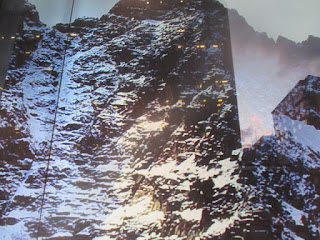 The Labor Department has promulgated new administrative rules requiring financial advisers (when acting as fiduciaries) to act in the best interest of their clients who are saving for retirement. Tara Siegel Bernard has a QA on the Business Day section of the New York Times today, April 7, 2016, link. The rules start going into effect in April 2017 but must be fully in place by 2018.

This rule could certain affect a lot of seniors who went into the financial planning business (which I was “invited” to do by declined).

In other news, there is a lot of pressure from lobbyists not to let Puerto Rico declare bankruptcy ("Super Chapter 9") or have a bailout, and the territory has said it will need a moratorium and can miss its next payment.  This could affect retirement funds holding their debt. Lobbyists have warned that some states (like Illinois) could follow suit, but there would be considerable legal bars to that happening. Any solution, some portfolios could be affected. Seniors depend on bond holders paying their debts.

Posted by Bill Boushka at 5:09 PM No comments: