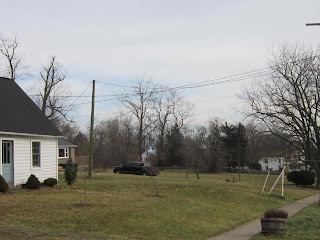 I can’t go into detail about ongoing personal developments, but I can say something general I have learned about what is considered good practice when single or childless (or people without dependents) make up living trusts and will their estates to it.
Although one may wish to distribute monies to charities or civil liberties organizations, one will name an executor, and in some states, that executor must live in the same state (or possibly within a certain distance). Some states have also dropped that requirement. (Executors are required to file statements if they have probate appointments at some point.)   It’s considered good form to write the distribution instructions as to take care of the executor and associated family if any of them become “special needs” within a certain time frame related to one’s own passing.  The point is the money would then help pay for the executor’s long term care (before going to charity) if ever necessary, and that, in these days, is coming to be viewed as “socially responsible”.   If that need doesn’t develop, however, the money does go to the charities.
More on this later.
Posted by Bill Boushka at 7:30 AM No comments: 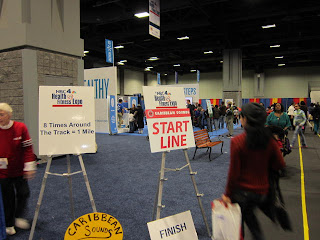 Janice Llyod has a story in USA Today, “Alzheimer’s heaps unparalleled stress on caregivers”, link here. The article says that now about 15 million unpaid family members and “friends” pay for Alzheimer’s patients.
Janice also has another story linked there about the proposed National Alzheimer’s Project Act which aims to be able to prevent the disease by 2025.  President Obama had signed NAPA in January 2010. It would obviously be of great concern that deficit reduction could affect public funding of Alzheimer’s research, given the debt battles of the past year.
Picture: from NBC4 Health and Fitness Expo, Washington DC, Jan. 14. 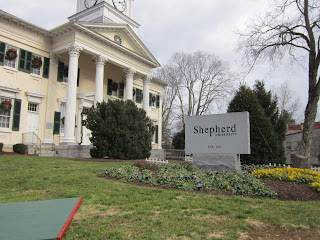 The Pew Center for Social Research has an interesting analysis on the attitudes of voting blocks, calling most seniors (66 to 83 and up) the “Silent Generation”, quite different from Baby Boomers  (47-65), early Middle Age or “Gen X” (30-16), and Millennials or “Gen Y” or “Young People” (18-30).  I’m not sure what happens with voters over 83 (there are a lot more of them).   The report (Nov. 3, 2011) is here.
What’s interesting is that Baby Boomers are much more insecure financially than the “Silent Generation”.  So they oppose raising retirement ages for Social Security but think that means testing should be imposed now on wealthier seniors.  They are more likely to see Social Security as “welfare” even though they pay into it as it were an annuity premium.  How would they feel about Cato-style privatization?
Posted by Bill Boushka at 8:21 AM No comments: There have been some LTE’s to the Washington Post on Social Security means testing.  The basic disagreement  seems to center around whether Social Security is really “welfare”, “insurance”, or an “annuity”.  While we have come to perceive it as largely the latter (mediated by legal spousal relationships), there are some components of the former.
The Dec. 22 editorial “Entitlements v. the poor”, which I wrote about that day, generated an LTE by Thomas L. Schwarz, who writes “The Social Security Administrations shouldn’t care if I’m rich or poor”. Today (Jan 4) there were (more) two responses on “The right or wrong of Social Security means testing”, linking to this letter, here. One person writes that total means testing would discourage separate savings (correct), and the other writes that there should be floors and ceilings between which Social Security doesn’t add to total income.  In that case, what about accumulated assets?  But the writer here refers to Social Security as “insurance”.  It really is not insurance, at least now.
Posted by Bill Boushka at 6:54 AM No comments: 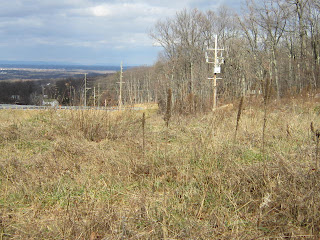 I saw a large print ad in the Washington Post this morning from a company called “Home Care Assistance”, with main link here.What caught my eye was the use of the acronym “live in” in the phone number.
The company says it does background checking (including immigration) and psychological testing of applicants.
I don’t know how costs are with this company, but I’ve covered before the issue that Live-in’s apparently do not fall under the legal rubric of eligibility for overtime compensation (after a notorious Supreme Case decision in 2007 about a case on Long Island, NY). See the posting March 2, 2011 on this blog.
I did not use live-in’s for a long time in my situation, but we did use them briefly in northern Virginia in 1997 (after mother’s hip surgery) and 1999 (after her coronary bypass surgery at age 85) when it was expected she would get better quickly – which she did.  I was living in Minnesota (or about to move there) and working both of these times.
I find the question troubling – do “Live-in’s” have lives of their own?  The print ad says “Home care lets you be a daughter again”.  So it is for a son, too.   But I’ve wondered about the ethics of all this.  Could live-in employment be considered “exploitation”?
Posted by Bill Boushka at 7:26 AM No comments:

"Demographic Winter" and an aging population: it definitely gets personal 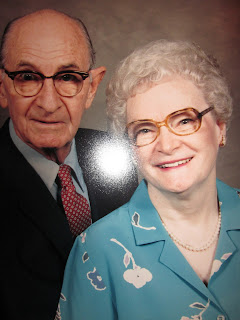 It’s been a little more than a year since my own mother passed away at 97 – and in fact, a year ago today I left the house (fallow) for a week long journey associated with a “new job” as I “landed” into a new environment.
I’m still struck by how eldercare responsibility can turn “on a pinhead” our individualistic conception of relationships within the family.
We’ve developed a world of pre-nups and hesitancy for lifelong commitment (I won’t even guess how prenups work in same-sex marriage – the same way, I guess). Okay, it started in the world of “fame and privilege scarcity” of Hollywood and spread to “the general population” in the last three decades of the previous century.
We’ve also grown a world where the cost of raising children is extreme and the responsibility put on parents, until somewhat recently, was absolute.  No wonder people put off having children forever.  For women, the biological clock is a serious matter.
And we find we have fewer children – in middle class families and up – to pay into Social Security and Medicare funds while our elderly live even longer because of medical advances.
And we face an explosion of Alzheimer’s Disease which will become the nation’s Number One public health problem unless it’s wiped out first by H5N1.  Everyone will have forgotten the hazards of HIV. Why is Alzheimer’s increasing?  Because it may be inevitable if someone doesn’t die of something else first as a normal event after a normal life span, that used to be expected and accepted by previous generations.
That’s not to say that healthy lifestyle habits won’t increase longevity without disability. The experience of “Blue Zones” presented on Oprah prove that.  I recall in a small California community a  male surgeon was still practicing at 94, and so was a female attorney (another attorney in Texas is 102).  But one fact that permeates Blue Zones if strong intra-family and community ties, not the hyperindividualism or pre-nups.
And, just New Year’s Eve, on the Metro, I had a conversation with a pre-med student. He wanted to do oncology – to extend lives even longer. Geriatrics hadn’t occurred to him.
What “demographic winter” predicts is that more childless people will wind up with “family responsibility” thrust on them anyway. It’s not a nice feeling to have it dumped in your lap when you were too “self absorbed” earlier in life to have a family of your own.  I have to quote Philip Longman (“The Empty Cradle”) here. And yet I must "confess" that relating to people "in their own space" (for the moment) is not my own cup of tea.  It makes effective and credible "volunteering" difficult and turns it into "community service".
It strikes me also that the whole issue of eldercare brings back the question of what “we feel about” in others – and the permanence of that feeling.  The capacity for complementarity and permanence in passion is being lost.
In the meantime, expect cash strapped states to wake up to the idea that they can start enforcing their filial responsibility laws. 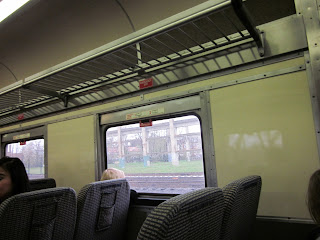 Also -- today, from a day trip, in the Potomac Highlands in West Virginia, the (private) "street name" there is "Retired and Broke".  I didn't use a high enough resolution for the letters to show. 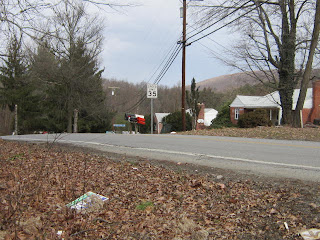 There's also a "Goldsworthy cairn" in a front yard on Braddock Mountain (above Frederick MD), didn't get the photo this time.
Posted by Bill Boushka at 6:44 AM No comments: