More on "the pro-Social Security case for reform" 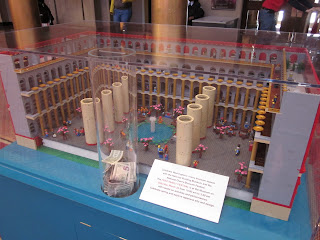 On March 29, Ezra Klein wrote a column for The Washington Post, “The pro-Social Security Case for Social Security Reform”, and he added “Further Thoughts”, all of it findable here.
He mentions a number of ideas. A 3% surcharge on incomes over $200000 would wipe out the shortfall. Or one could uncap the payroll FICA tax (now at $106000) completely.  Some of this comes from Gene Sperling, the head of President Obama’s National  Economics Council. Included is a partial privatization, a layered plan with some of it a highly regulated 401(k) but owned by the individual and forever protected from “means testing.”  Some of the neocon Bushie ideas are back already.
But there’s not much question that means testing and the questioning of payments to people who, whatever their FICA tax “annuity premium” contributions when working, have other means today, could come sooner rather than later.
Posted by Bill Boushka at 7:06 AM No comments: 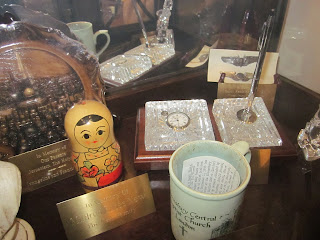 
Both spouses (when legally married) should always be on the document. If one passes away, and the other isn’t on the document, and the home becomes delinquent, loses value, and subject to foreclosure, HUD will no longer “protect” the other resident. It’s not clear how this could affect gay spouses in states with same-sex marriage.
AARP has sued HUD over the change.  Tina Johnson-Marcel has the story on the AARP site here.
Posted by Bill Boushka at 5:55 AM No comments:

Medicaid cuts could hit many nursing homes and patients hard 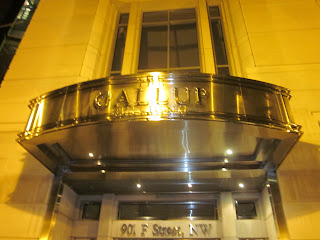 The federal government is eliminating the additional funding for Medicaid that had been applied with the 2009 economic stimulus, in two stages, so that all additional funding is gone by July 1, 2009.
That means that in some states, like Texas, nursing home patients on Medicaid could be kicked out, and could become direct responsibilities for families.
States, at least 28 of them, could have new incentives to balance budgets by enforcing “filial responsibility laws” on adult children.
CNN Money this morning has a story “Shrinking Medicaid funds pummel states”, link here.
CNN also has a video here about a senior day center in South Carolina that is in jeopardy because of loss of funding (“Project Find”).
The “My San Antonio” paper has a story by Melissa Fletcher Stoeljte “Medicaid cuts frighten nursing home operators”, with link here.
Posted by Bill Boushka at 8:29 AM No comments: 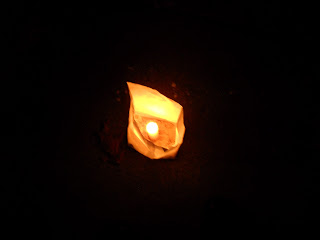 Robert Pozen has an interesting missive on p A19 of the Wednesday Washington Post, “Why liberals should back Social Security reform”, link (website url) here.
He argues first that lower wage workers live shorter lives than the more affluent, so they would benefit less from even a proportional system.  He also argues that the historical benchmark, of 90% of wages, would be met by raising the wage base subject the FICA tax to $170000.
He makes another subtle point. Federal tax policy favors matching 401K contributions from employers, and this benefits high wage earners more than those forming the subsistence base of the system.  This seems to comport with the arguments written about the effect of low wages by Barbara Ehrenreich, Lisa Dodson, Patrician Warren, and others.
Posted by Bill Boushka at 7:07 AM No comments: 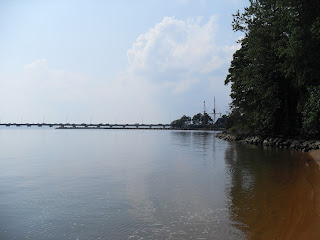 A town in California, Costa Mesa, has laid off almost half its workforce because of pension costs for retirees made by past promises during the false “boom” a few years ago (before 2008). Peter Whoriskey has the story in The Washington Post, front page, Sunday March 20,  (website url) here.
This does sound like the worst case of a municipal layoff due to the “pension tsunami” yet.
Posted by Bill Boushka at 7:01 AM No comments: 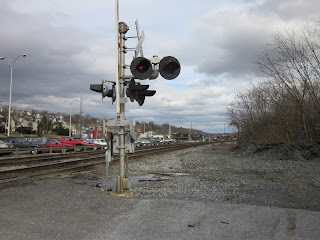 Ezra Klein has a voices op-ed in The Washington Post Friday, “What the social security trust fund is worth”, link here. That’s in partial reply to a stinging column by Charles Krauthammer, “Et tu, Jack Lew”, p. A17.
Krauthammer argues that the “trust fund” is worthless, because it consists of IOUS’s issued when government spent part of the FICA tax on other items, not on saving the money for retirees in the way an insurance company must with an annuity.  The other part is the “pay as you go”, for current retirees, who at the beginning had contributed nothing. So in a sense Krauthammer makes the SSA look like Bernie Madoff.
It seems that Krauthammer is saying, means test now. Klein talks about future deficits, which are not current deficits, as the reason we have gotten by this way so long.
Interesting.
Posted by Bill Boushka at 4:33 PM No comments:

Samuelson argues that social security is "welfare": here's why it (still) isn't 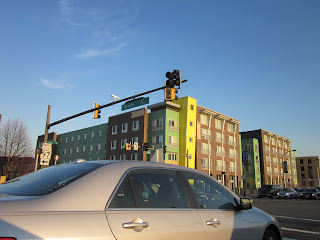 Okay, Robert Samuelson has a biting column on p A13 of the Monday, March 7 Washington Post, “Why Social Security Is Welfare,” here.
He mentions a disturbing Supreme Court opinion from 1960 in Flemming v. Nestor (SSA link)  which apparently rejects the idea that people have a “contractural right” to social security benefits, even if they have paid FICA taxes (a much less relevant point in practice back in 1960).
It is true that, if social security benefits are viewed as a quasi-annuity, there are some (legal) differences between this and a formal annuity contract with a life insurance company. Congress indeed does have the power to change the benefit schedule and amounts. However, there is a reasonable reliable relationship (even statistically speaking) between the total amount and duration of FICA tax contributions over a lifetime’s work history and the benefits that will be collected, just as there normally is with an annuity contract (but it isn’t quite as absolute).
Samuelson is right in that there are troubling aspects to the way the accounting for the trust fund is reported. It holds treasury bonds, which will force the federal government to borrow more money to redeem them.  So it gets legitimate to talk about the nature of “shared sacrifice” given uncontrollable debt.
But if social security were really a welfare program, there should have been no FICA tax capped at max levels. Instead, it should have been rolled into a much more progressive income tax system and be strictly means tested always, which would mean some seniors would never need benefits at all. If that sounds like socialism, it is; the alternative is an “ownership” vehicle where it really is structured as an annuity contract, probably managed by private companies but carefully regulated to protect principal. That is what the “libertarian” world wants (and what the Bush administration wanted).
Samuelson writes, the elderly are often not poor, and that should share in the sacrifices common to all, to protect the future.  I find it interesting to ponder what that would have meant in my situation.
I did start social security at age 62 (which means less benefit if I live past 77, and I am 67 now). One of the reasons was, besides a domestic and curious employment situation, that my last “major” employer pegged its social security bridge to the idea that retirees should start taking it at 62. This is a legacy from the past, to be sure. And it gets into the nettlesome “social security offset” issue with defined benefit pension plans that commentators usually forget to look at. (By the way, the employer's pension documentation characterized the pension and severance policies as "welfare" programs.) 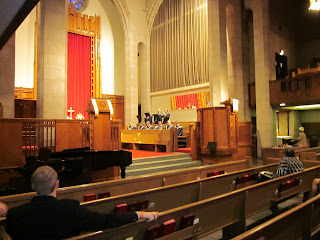 I worked for twelve years (1990-2001) in I.T. in the life insurance business, and a fair question is, why can’t I be expected to make a living by “selling” what I did in interpersonal relations?  (Isn’t that what people do when they “retire”?)  In fact, in 2005 I was approached by two different life companies, without solicitation, to become agents.  I am forced to wonder, why would families want to listen to my peddling, or “trust” me to “take care” of them personally.  I just don’t engage the social world that way. I find a life based on compiling “leads” (you were supposed to get 200 in the first week) and pandering yourself on social media (in a world where you now have only one “identity” again) rather appalling.  I couldn’t continue toward my “second career” as a filmmaker and writer. In the mean time, that social security check (which is substantial) comes in handy and gives me the right to say “No” to motives that I don’t embrace.
You can extend some of this analysis to Medicare. Yes, we paid a Medicare Tax too (smaller than FICA) when working and expect some coverage for it.
Posted by Bill Boushka at 8:56 AM No comments: 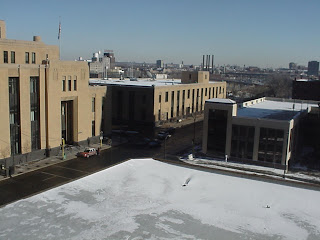 I received an email with an attached PDF written by Wells Fargo about strategies for “fixed income” investors with heavy bond portfolios in rising interest rate environments.
Although the article is probably private and copyrighted, here’s a similar article from Thornburg (by several authors, such as George Strickland) that talks about the “Laddered Bond Porfolio” in conjunction with “duration” and “call provisions”. The link is here.
Actually, Wells Fargo has a similar, but shorter PDF paper online (website url) here.
Retirees with heavy bond exposure could face considerable loss of principal in a rising interest rate environment. On the other hand, rising interest rates can make typical CD’s and other principal-safe investments pay more.
Motley Fool has an article about this, about 10 years old, that I think I recall seeing a coworker show me when I was working for ING in Minneapolis, link here.
Posted by Bill Boushka at 3:56 PM No comments: 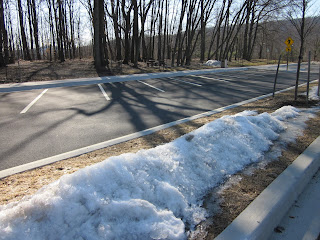 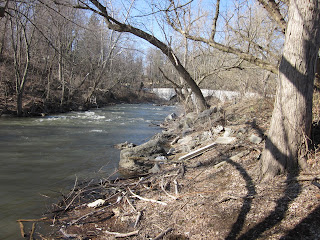 
Visit msnbc.com for breaking news, world news, and news about the economy
Posted by Bill Boushka at 7:03 AM No comments: