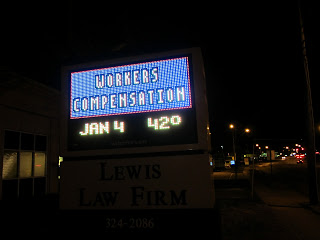 A story in the Washington Post Wednesday by Robert Barnes, while focusing on Elena Kagan’s first judicial opinion (on a bankruptcy issue), reported that the Court decided that medical residents can have social security FICA taxes withheld, even if they are “working to learn”. A case had been brought by the Mayo Clinic and another hospital in Minnesota (Mayo Foundation v. United States). The Treasury Department says that residents who work more than 40 hours a week are still “primary workers.”

The link is here.

The URL for the slip opinion is here.

At least the FICA withdrawals will be less in 2011 because of Obama’s Christmas present.
Posted by Bill Boushka at 7:20 AM