Debate over state "bankruptcies" and retiree pensions and bond assets; What's in a "public" safety net? 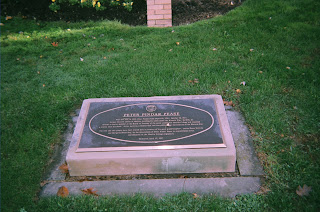 Yesterday, I wrote an “issues” posting about the idea that Congress could entertain the idea of quasi-bankruptcy for states and the disastrous effect that could have on tax-free bonds, which affect both pensions and retiree assets considerably.
I’ve also noted the controversy over Social Security and Medicare and ideas about “means testing” which could come at us much sooner than we had thought.
Coming from a libertarian-to-“conservative” background I strongly believe that people should own their own retirement accounts, should be incentivized to save in stable, conservative vehicles for retirement lifetime annuities. That’s a challenge with longer life expectancies, and with the idea that a 2008-style crisis could wipe out a financial system, no matter how prudent individuals are.  But annuities should be just that. They should be protected from confiscation or outright expropriation from politicians.  But shifting Social Security to a private system would present tremendous accounting problems.
Whatever my own social philosophy, I recognize that democratic societies have and need social safety nets.  To the extent that a portion of old age income should be provided by a safety net and not come from investment or forced savings vehicles, means testing is appropriate and rich people, whether by income or accumulated or inherited assets, should not collect those portions.
There’s no question that this whole question circles back to concepts like extended family and filial responsibility – and that in turn connects to debate about marriage, responsibility for personal choices, and even sexual orientation.  We ought to get this all down.
Posted by Bill Boushka at 3:48 PM