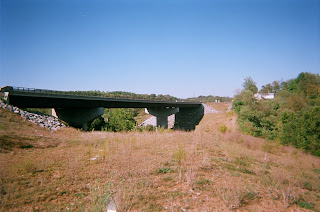 The latest specifics on social security changes include gradual raising of the full retirement age to 69, and eligibility for early retirement to 64. It’s not clear how long this would take.

The biggest story (Lori Mongtgomery) appeared Thursday morning in The Washington Post, “Deficit panel leaders propose curbs in Social Security, major cuts in spending, tax breaks, link here, all related to the Bowles-Simpson Blueprint, balancing the federal budget by 2015 or by 2040, depending on who you ask.

The wage base would rise from $106,800 to $190000 in 2020 (ten years out). Benefits would be cut for the top 50% in wealth, but it’s not clear whether the law would look at total assets (how?) or just income tax returns. It’s also not clear how soon means testing could start, but it may be sooner than we had thought, maybe 2015. The view of social security FICA payments as “annuity premiums” (rather than intergenerational wealth transfer) does not seem to be holding up. Another way to look at it is that benefits for low-income wage earners could increase while they decrease for high-income earners, but again that defeats the idea of "annuity" (it sounds like "expropriation"), which is one reason why many people called for privatization.

Social security reforms would be aimed at making the system solvent without the accounting gimmicks (double entries) that let social security balance off the fedral debt.

Also, a supposed “Sustainable Debt Act” could trigger automatic and sudden reductions in social security and Medicare benefits. The link from the Peterson-Pew Commission on Budget Reform is here.

AOL also has a similar story with a scare headline "Debt Panel Calls for Huge Cuts in Social Security," link here, but the story details don't support the scare.
Posted by Bill Boushka at 7:35 AM