Obama interviewed by Washington Post Editors; promises entitlement reform; demands sacrifice; "we can't kick the can" at the "end of the road: 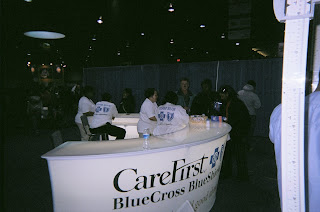 The Hartford Courant has a summary story on the interview from wire reports here.

Obama did not mince words that in entitlements he would have to address “duty, sacrifice and responsibility.” Some of the changes would take place during his terms, and can’t wait “nine more years.” “We can’t continue to kick the can down the road, when we’re at the end of the road.” He said he could not be pinned down as to specific sacrifices (when asked if people would be expected to relinquish benefits already promised and perhaps already being received) but said he would reiterate what we already know, that we can fix social security, but cannot manage Medicare outside of the context of health care reform in general.

The most obvious “fix” for social security would be to raise the wage base or tax rates, or both, possibly with a doughnut hole concept. This was done repeatedly throughout my 30+ years in IT. But there is at least a remote threat of reducing benefits, even for existing retirees, and pressuring them to do certain kinds of work. But employers would need to be pressured to keep them.

Social Security has its own page on the Trust Fund and the issues surrounding it, here.

Barack Obama had a page ("Seniors: Social Security") on social security during his campaign, on his own campaign site, here.

Obama and Biden have another page (“on the issues”) here.

Obama indicated that health care performance ranges considerably in various parts of the country, from good (Minnesota) to bad (Florida). He did talk about the need for automated record keeping (that’s not a sacrifice – that just creates IT jobs, even for people in their 50s and 60s) and elimination of defensive medicine (that’s only a small sacrifice – from malpractice lawyers – to back off and accept some tort reform). But in Medicare there is a terrible problem, as I noted in my posting Jan. 11, about the efforts and expense at the very end of life, prolonging it. We are likely to find that the advisability of many life-extending procedures will depend on the support form the rest of the elder’s family, in a world of Diaspora where extended families are scattered and where adult children often have disputes with needy parents over cultural values (like religion, gay issues) and not just “misbehavior” in the usual sense.

Obama has suggested that he will convene some kind of budget commission in February to weigh the sacrifices. Republicans say that Nancy Pelosi will keep all this on "her side of the table."
Posted by Bill Boushka at 7:36 AM