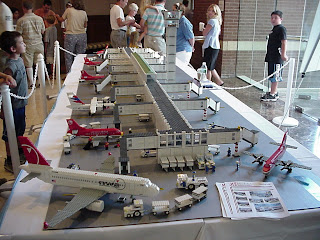 The Washington Times on Tuesday, Sept. 2 ran two important op-eds about retirement income security, from a conservative to libertarian perspective. (This newspaper loves this topic!)

Barr’s op-ed appears on p A17 (Tuesday) and is titled “The dirty little secret about social security: The problem can be solved,” link here. Barr discusses several suggestions. One is to improve the ability to “deferred income” (social security taxes now) into vehicles that pay higher returns. Another is an observation that conversion to a privatized system (like Chile’s – admittedly an example of “disaster capitalism” according to Naomi Klein) has some costs up front to pay off retirees who didn’t contribute enough (that problems started with FDR) but over time the strain on the system reduces. Barr also, for that which remains under social security, talks about raising the retirement age, reducing the COLA formula or benefits altogether, especially for those who may not “need” them. Harry Browne had talked about the one time write-off of social security obligations in one of his books in the 1990s.

Charles E. F. Millard, director of the Pension Benefit Guaranty Corporation (PBGC) has an important commentary “safer investing for pensions,” on Tuesday, p A19, link here. The PBGC is supposed to be self-sufficient (although there is talk of eventual taxpayer assistance, just as for Fannie and Freddie) but to remain so, it must use much more “diversification” than it does now with its overly conservative investment strategy.
Posted by Bill Boushka at 7:28 AM