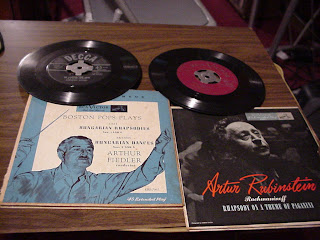 Suppose someone has worked for a typical company and retires after 25 years at age 66, at full retirement age. (Actually, it’s probably not a very typical company in today’s global economy, if one could stay there so long and never be laid off.) Suppose his last five years his or her salary or credited service income had been $6000 a month.

But many companies take off a social security offset. Not every plan does, but many do. The theory is that a retirement income is supposed to be based on a combination of pension, 401K or IRA withdrawals, other investments (maybe even home equity), and social security. Now that idea is getting to be socially objectionable, perhaps, to those who argue (credibly) that social security is a pyramid that could crumble. Companies, they say, should not ride on this concept.

The social security offset can be assessed even when the person waits until full retirement age, or later.

What happens if someone retires much earlier? Many companies, even in the go-go 90s, started encouraging “early retirement” for highly salaried employees in the 50s and offering buyouts at 55 or even 50. It’s typical that someone can collect early retirement after age 55, with a certain minimum years of service (often that is ten years). If someone retires, say, at 58 with 12 years of service, the base pension might start out as 12 x 2% x $6000, or $1440. This will get reduced in early retirement by an actuarial formula based on life expectancy and the increased expected number of payments (in a “life annuity”). The reduction could be more complicated with spousal survival benefits (“with x years certain”) – typically spousal benefits reduce the base benefit slightly. In this example, the reduction could be something like 30% or so, bringing the total base amount down to about $1000. But some companies offer (or used to offer) a “social security bridge” until age 62. That would negate a lot of the offset (maybe even most of it) until age 62. The assumption was that the individual, if still not working elsewhere, would file a protective SSA statement and start benefits, which, however, are actuarially reduced by early start. It’s also likely that the company will compute the (penalizing) social security offset more favorably, because the expected social security benefit at 62 would be less than if the person started at full retirement age.

Of course, all of this is becoming mute point as companies are finding it harder to fund pension plans, all with stricter accounting rules (after the various scandals in 2002), and with people living longer. This is especially serious with state and local governments and school districts, and large labor unions. Pensions are rapidly being frozen and eliminated for newer employees. That is why the individual savings plan, heavily tax deferred and geared to encourage ample saving during one’s young adulthood, have become some important in conservative and libertarian plans for the coming retirement crisis. Of course, this all runs into problems like student loan debts and health care debts, so thoroughly vetted by liberals like Michael Moore in his recent film “Sicko.”