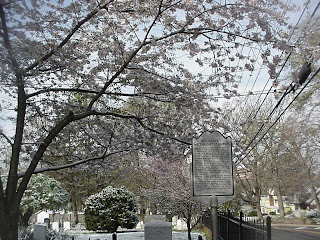 Social Security reports that about 1/3 of its beneficiaries owe some federal taxes on the benefits. The rule is complicated. If the combination of benefits and other taxable income adds up to more than $25000 for a single or $32000 for a family (there are some wrinkles), then that portion of social security income that causes the excess becomes taxable at 85% of normal rate. The worksheet is pretty complicated. Here is the link to it (see page 8).

Social Security does not require the taxpayer to have the taxes withheld. (See this link on the rule for taxability; this link on requesting withholding.) However, in doing the tax return, the IRS requires tax software to check whether your periodic income (that would include social security) payments have generated 90% of the required withholdings. The IRS prefers full withholding from periodic payments from various sources. (Often withholding amounts from pensions are less because the payer assumes that the pension is the only source of income, resulting in a lower bracket for withholding; recipients can designate additional amounts to be withheld.) If not, they will calculate an underwithholding penalty according to IRS form 2210. It appears from reading the form that the penalty can be forgiven if sufficient estimated quarterly payments have been made each quarter. There is more penalty if any of them were late, or if not enough of the money was paid throughout the year rather than with the last “balloon” payment. Here is the IRS form 2210. Here is a link to another discussion on the issue.

Retirees often have very complicated situations, making it very difficult to predict taxable income in advance and to comply with these requirements. That is one reason why some libertarian-leading candidates like Steve Forbes in the past have argued for a flax tax, and why conservatives prefer to switch social security to personally managed accounts, to get past all of the ideological and political problems involved in looking at social security as “welfare” which it no longer is.

I've reviewed my own mid-year situation and I see how easy it is to fall into the underwithholding trap. The likelihood is that a normal social security payment and pension, even for 10-15 years at one company and even given social security offsets, will probably produce earnings well over $25000 for a single and perhaps over $34000, where the social security is likely to be taxable at 85% gross. When the AGI stays below $30000 the marginal tax rate is 15%, so the effective tax is about 12-1/2 %. Once incomes rise because of another part-time job, the effective rate on the social security rises (even if the earnings limits are not reached). 401K withdrawals substantially push up this rate, too (and they don't count against earnings limits). Underwithholding penalties could apply even when one has paid enough in estimated tax payments; the HR Block program last spring actually added up the automatic withholding tax. The IRS wants to see the money immediately from automatic withholding if possible. Individuals may ask SSA to do withholding if they think this will happen.