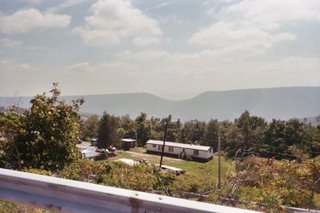 Jeff Sessions, a Republican Senator from Alabama, has a provocative proposal “A Bipartisan Fix for Retirees” on page A25 of the December 26, 2006 issue of The Washington Post. Link:

Going forward, Senator Sessions wants to create a PLUS (Portable Lifelong Universal Savings Account) for every newborn baby at a certain point. During the person’s working life, 1% of each paycheck, matched by the employer, both pre-tax, would be deposited in the account, which could not be touched until age 65 (in comparison to 59-1/2 for today’s 401K’s). Parents and grandparents could contribute $5000 per year pre-tax.

A major feature of the program would be a $1000 starter deposit from the federal government at the birth of the newborn. This does sound like pro-natalism, a politically sensitive proposal in a time that many conservative writers are warning about the demographic skew and potential international instability caused by lower birth rates (below replacement) in affluent classes, and high birth rates in most underdeveloped countries. A hidden idea beneath this is, of course, “family values” as I have discussed the topic elsewhere.

Session says that his program would be motivated somewhat by the Thrift Savings Plan (TSP) for federal employees, that lets them invest a portion of each paycheck into a combination of six special accounts, with a partial employer match. This is in addition to social security contributions.

Picture: Saddle Mountain, from the sub-continental divide on US 50 near Mt. Storm, W Va.
Posted by Bill Boushka at 5:38 AM No comments: 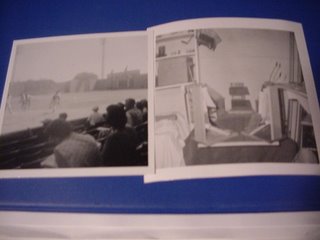 One true thing: It doesn’t seem that Medicare requires the central supervision of elderly medical care that managed care health plans from private companies (PPOs and HMOs) require. Patients can go to multiple specialists on their own and there seems to be little focused effort to make sure care is fully coordinated. I know of cases where there have been serious consequences from over medication because of this problem.

Why isn’t there more of an effort to supervise care? One reason would be that it is impossible for government to supervise care without politicizing it, and exposing it to the pressures of rationing and waiting lists, such as what we know from Britain, Canada, and most European health care.

On the other hand, it would be helpful to caregivers if they had a more focused source of information on resources available. Since around 2003 or so, it seems that private companies have started doing a better job of organizing the resources needed (like home health) by caregivers. This is going to become critical as the elderly and severely disabled population increases while people have fewer children, exposing adult children to severe disruption. The issue of adult children (especially only children) living and pursuing their own chosen careers in distant cities has been troubling (employers started employee assistance programs in the 90s and these programs started to encounter this), but recently the caregiving industry has made multiple advances in addressing this in the private sector. This was addressed on NBC Nightly News on Dec. 20, 2006, and here is the link (writer is Dawn Fratangelo).

http://www.eldercare.gov/Eldercare.NET/Public/Index.aspx (also http://www.olympiainjurylawyer.com/vulnerable-adult-abuse-prevention-guide/  as was provided to me in a comment by email)

(Picture: Old Griffith Stadium in Washington DC around 1953; The Yankees beat the Senators in this game, 3-2. Also a homemade model stadium around 1954).
Posted by Bill Boushka at 8:08 AM No comments: