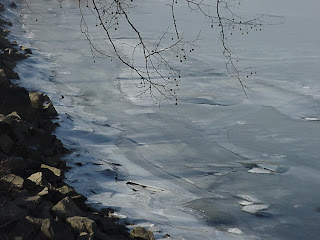 Early retirement brings up some questions in arcane areas for which it is not always easy to find definite answers. I’ll try to anticipate some of mine, but these are from my research. I am not a lawyer. If you have detailed questions about a complicated individual situation, see an attorney or certified financial planner for the most definitive answer possible. You can do detailed searches at http://www.lawyers.com

Of course, this is a difficult subject and I welcome comments. I've tried to figure out the answers to these scenario questions based on the SSA's own regulations (online) and published literature.

Q. I know that income from wages is counted when it is earned. Does this rule apply month by month during the grace year?

A. Apparently so. It is difficult to find an absolutely definitive statement on the SSA website or in Tomkiel. But the intention is to base earnings from wages on the time perioid that the wages were actually earned by work. You should keep detailed records of the days you actually worked as well as pay stubs. If you go over the annual earnings limit during the Grace Year but believe that each month after age 62 was a non-service month, you must submit a detailed report explaining this (from your work records) before April 15 of the next year. A spreadsheet showing when you worked is a good idea. The best web reference that I can find is this from POMS. Here is a reference for teachers that seems to reinforce this idea. (Look at the example of the teaching contract at the end.)

Q. I know that the Annual Earnings Test is supposed to count only income from work. Is income from a 401K distribution excluded from the test?

A. Yes; here is the reference, though it is hard to find. The philosophy, again, is to count earnings when they were earned, that is, when FICA taxes were paid. The Social Security Administration is required by law to inform the beneficiary of any “deferred vested benefits” from employers at the time that the beneficiary requests benefits, but this has nothing to do with the actual benefits themselves. (The form is called “Potential Private Pension Benefit Information” and is a bit of a misnomer.). This has nothing to do with the Earnings Test, however.

Q. I do a little freelance writing that produces very little income, and I have a website in which I give away a lot of free content. Could this hinder my receiving benefits?

A. I can’t find anything definitive on this. Generally, the Earnings Test and definition of “retirement” is based on what you actually did for income before retirement, that is, activity on which you paid FICA taxes. If you have actually stopped working in the job that paid this income (and don’t provide substantial services to your prior employer or clients), you’re probably OK, I think. What you do now would not count if it did not provide significant FICA income before (although you should be able to prove that with records, especially income tax records). I believe that Social Security would regard the new activity as a “hobby” until it produced significant income; once it did so, however, the earnings from it would apply to the Earnings Test (and if it essentially became self-employment, it would be based on when payments were received.) Here is the best reference on hobbies that I can find. Social Security does ask about self-employment on the online application, and a negative response will produce an entry like "you are not a member of a family corporation or other closely held corporation from which you receive earnings." Presumably, SSA means "significant earnings" that contributed FICA wages in the relatively recent past.

Social security has a "Self-Employment/Corporate Officer Questionaire," a five-page pdf form that it sometimes asks claimants to fill out. If you study the form, you see very clearly that a major concern is a major drop in earnings from self-employment or an owned business coincidental with filing. As a practical matter, if an early retiree is able to make moderate income from an owned business (enough to exceed earnings limits) it may well be more prudent to keep it and delay starting social security until full retirement age is reached, of possible.

Philosophically, the practice of offering free content on web domains to attract attention and become known might prove troubling to some people, as it might be viewed as driving others out of business and, therefore, "subsidizing" it with benefits could become bad public policy. That’s probably a red herring. However, webmasters often register assumed names and DBA names to protect their domain names from trademark claims, and this practice might eventually come to be viewed as abusive. But so far I have not seen evidence of this. Social Security tends to follow the rules in POMS to the letter. It is a good idea, however, if you have a hobby that attracts attention to make good faith efforts to get it into generating “measurable” revenue. That only make sense anyway in a free market.

Q. I am living rent free to help care for another family member while I collect benefits, but we file totally separate returns and neither one of us claims support on IRS returns. Does this affect benefits?

A. I can find no evidence that it does. It would with other situations (disability income, and particularly SSI, where free rent would be considered income based on fair market value). Family and dependent claims usually deal with a situation where there is just one wage earner's account, where that wage earner has supported other family members. The underlying concept seems to be "NH" -- number holder. If the beneficiary has his or her own account based on own earnings (and is not filing disability or SSA) it seems that domestic situations have no effect.
Posted by Bill Boushka at 8:13 PM

James Baker said...
This comment has been removed by a blog administrator.
8:53 PM