Watch out on reporting sale of inherited securities 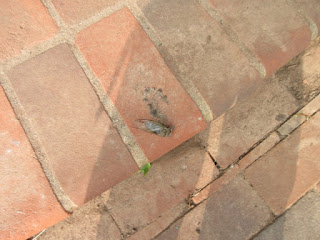 As I indicated on a Wordpress blog recently, retirees who have inherited securities in estates (usually from relatives) should be careful negotiating them for cash, and make sure that even with bond funds or similar instruments that they report basis value on tax returns (on the 8949’s ) and do the necessary research online of the individual securities if the financial institution reporting the account didn’t report it.

It is common for some funds originated before 2011 not to have recorded bases (I was told by UBS).

I missed one of these in 2017.  At one point I had an 11800 tax bill.  When I supplied the bases and fixed some other genuine problems (unrelated) that I found, I owed about 3400.  I paid that (online) and the IRS finally settled.

But the IRS wouldn’t change the adjusted gross that it had computed without the basis change (when supplied, the reportable income increase,was only about $120) , and this is still what is reported to Virginia for state income tax.  So I wound up paying tax on the full value of the security sold to VA, not just the increase in basis.

Posted by Bill Boushka at 7:32 PM No comments:

Yes, some very old people breeze through coronavirus without any trouble at all 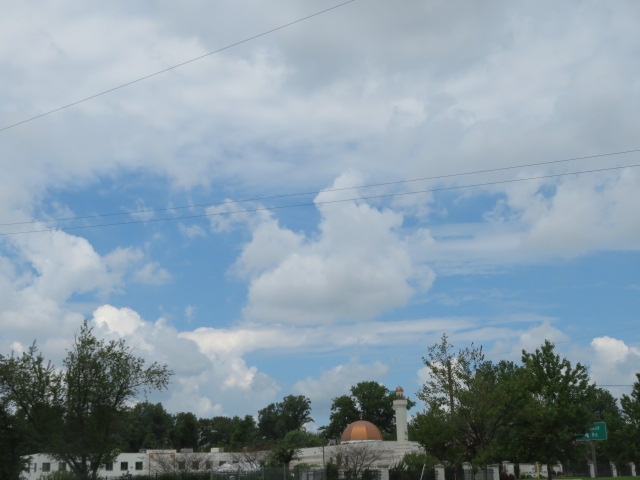 Mariana Lenharo discusses cases where people over 100 have survived coronavirus, in this Elemental Medium piece.

The basic answer, genetics and extremely strong cellular immune systems, and probably avoidance of some things (drugs).  Maybe a little alcohol is good. It’s like asking why do people in blue zones live longer.  Some of it may include diet, natural plant oils and substances that provide unsaturated fats.

I do have some of this.  I had strep throat three times in my early 40s, and then never again,  Our immune systems do learn to protect us from almost anything they have seen enough times. I rarely get a severe intestinal or stomach upset as an adult, but I did often as a kid.  Maturation of the immune system is the explanation.

Cell-mediated immunity also protects people from common cancers, not just the unusual ones.

Posted by Bill Boushka at 6:04 PM No comments:

Biden reportedly wants to gut 401(k) plans in the future, for "equity" 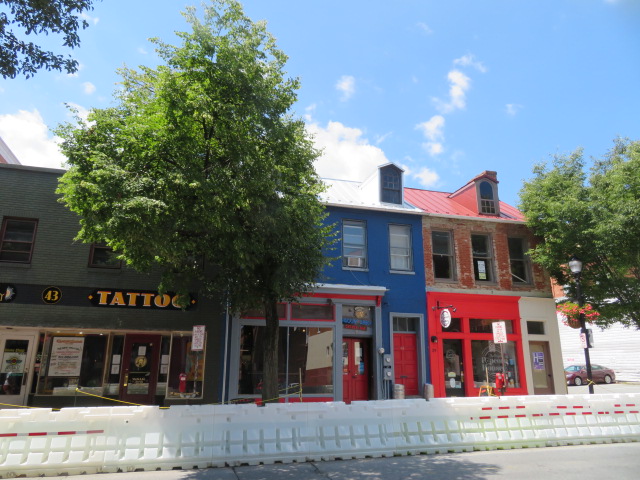 Elizabeth Bauer describes in Forbes a proposal by Biden to replace most tax-deferrals (401(k)’s), especially those offered through employers with matching contributions, with tax credits.  The point is to give people with lower incomes a chance to save. The article is here.

There are variations of the proposal and a lot of uncertainties, as to whether they would apply to employer’s contributions, or even whether employers would continue matching contributions.

I remember back around 2000 when Reliastar (to become ING and Voya) froze some pensions and replaced increases by increasing generosity from the employer in the way of 401k match, that was a talking point for the employer.  It might not be so now.

Trump wants to stop collecting social security taxes from average workers, which would bankrupt Social Security by 2023 and result in almost immediate means testing even for current beneficiaries.

Posted by Bill Boushka at 12:43 PM No comments:

Britney Spears's conservatorship situation should be noted by retirees 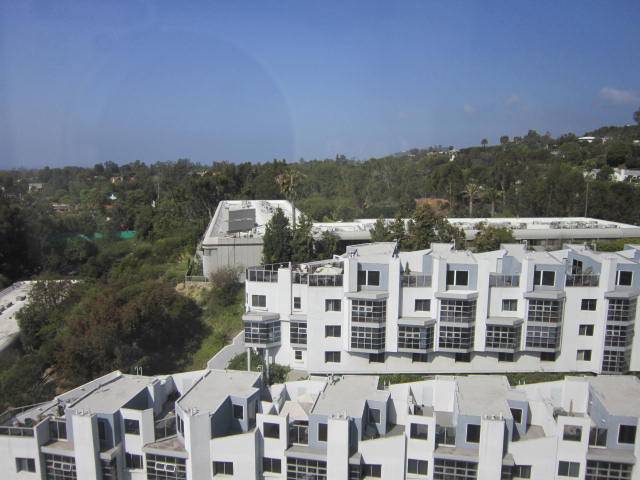 I was surprised to learn today that singer Britney Spears, now 37, has both her trust and apparently some of her personal finances under conservatorship, and it has been so since 2008, when she apparently had a breakdown.

Here are a couple of relevant stories, in eon and LAtimes.

The story is important to retired people during a pandemic, who could well face pressure from politicians and lawyers to “protect them” in extreme lockdowns or other situations.

Posted by Bill Boushka at 5:24 PM No comments:

How well will COVID vaccines work on the elderly? 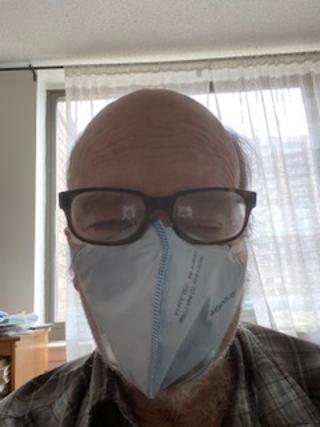 Mile Zimmermann, of the AARP, gives a cautious perspective on the likely effectiveness of vaccines against Covid-19 disease in elderly people, here.

I think elders who are active can run their own errands but they should consider ordering superior masks, like a Resperato N95 clone, which will pretty much protect them as well as protect others. (Check Mike Hansen’s channel on YouTube). It is imperative to get the flu shot by early fall.

Elders who live alone may find housework (cleaning surfaces) tedious, but for people living alone the “surfaces” issue is not as critical as in multiple-person households.  I actually wash my own finger tips more because that is what I touch door handles with.  I will sometimes wipe off electronics or handles and switches with rubbing alcohol.

In practice, well-educated young adults seem to be doing well.  I’ve noticed that most protesters are staying healthy and journalists who mix with them are.  I think journalists (friends of mine) out in public should have antibody tests and T-cell challenge laboratory tests.  You are likely to find that they are gradually building immunity, which would be great news.

Posted by Bill Boushka at 7:15 AM No comments:

Should older people (say over 70) work as election officers? OK, let's pop the question: Should older people (say over 70) work as election officers on Nov. 3? There are various reports that around the country the median age is around 61 or so, and the CDC at one time classified people over 60 as by definition as of higher risk of Covid-19.  Election "duty" is often tedious, very long hours with little pay, and is sometimes seen as a kind of "national service" that viable seniors ought to do as their part,

In Virginia, perspective juror who are 70 or older may ask to be excused (source).  That would seem relevant to the discussion as jury duty, even with masks, means people are together in a room for a long time.  So it’s reasonable to ask if people over 70 should work as election officers.

And we don’t know very well yet how the controversy over universal mail-in in many states (including Virginia) will play out – the mainstream media insists that it is “safe”.  We have concerns that Trump could try to undermine the effectiveness of the USPS to his advantage.

I am debating this myself, as I have to make a decision by Saturday Aug 15 as to whether I will work this election, and I am 77 now (and male).

I would add one more take on this.  There are still some plausible scenarios where seniors could be intentionally separated from the rest of the population as a strategy against Covid-19.  Some of these ideas have to do with the fact that most seniors have weaker T-cells than non-compromised younger adults, who still (I think when the dust settles) could figure into a scheme of “herd immunity” if vaccines don’t work out as  well as we hope (as with concerns about antibody dependent enhancement or ADE, for example).

In such a scenario, seniors who resist might find themselves more vulnerable to being placed under guardianship. However, willingness to serve on juries after age 70 or to work as election officers would negate that sort of argument.  So if someone had accepted the risk and served, they might be better able to resist these kinds of pressures on their freedom and independence.

I personally think, as a moral principle, that able-bodied seniors should take the same risks as everyone else if they want to remain independent.

This story (May 2020) from the Center for Public Integrity is quite disturbing, and describes workers quarantining themselves after working polls. Pew Research has a similar story from April.

In Britain there is actually a debate on whether people should lose the right to vote at age 70.

Posted by Bill Boushka at 6:49 AM No comments: 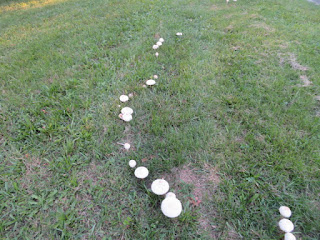 Donald Trump has intimated in the past couple of days that he will permanently defund social security and maybe Medicare, by executive order if necessary, if elected.  Bur he may be saying he would eliminate the payroll tax on workers but not companies???  (Originally was supposed to be a deferral). Don't forget about Flemming v. Nestor (1960).

Biden wants to buttress Social Security by putting in a "doughnut-hole" and tax higher incomes over a certain tier.
David Pakman pointed this out on his show Aug. 10.

But I don’t see these ideas on the front page online of either the Washington Post or New York Times this morning.

Presumably this would require rapid means testing of current Social Security recipients and stopping their benefits if they have their own wealth, and redistributing to working people, almost as if Trump had suddenly discovered Marxism and doesn’t realize it!

Or it could lead to another crisis with the debt ceiling.

It’s unclear if Trump can even do this lawfully.
All of this seems to come from the deadlock in Congress.

Posted by Bill Boushka at 4:48 AM No comments: