Seniors have several times the net worth of young adults 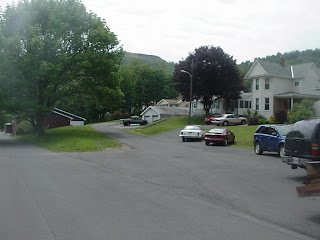 The networth figures are by household, which often includes a spouse (or domestic partner) and children, and sometimes elderly relatives. The totals for individual single people are probably less. Married people do tend to earn more than singles, and they accumulate more wealth until having children, when the picture gets complicated.

The numbers also did not take into account that some net worth is tax deferred (by 401K and similar contributions), and taxes will have to be paid when the money is taken out. There usually are penalties for taking out the money before 59-1/2.

Elderly people tend to have few debts, which increases net worth. But people in child-rearing years are often strapped by excessive mortgage, auto and credit card debt, as are many young adults. Older people did not have the problems of excessive student loans that today's young people have.

Furthermore, the elderly live longer, so the kids to not inherit wealth as soon. The elderly may consume more social security and Medicare benefits than ever before. Since people are having fewer children and the elderly are living longer and collecting more benefits, intergenerational conflicts or resentments can occur. Some people may see seniors (who are perceived as politically powerful, more able to make campaign contributions) as being pampered by society, and may argue that collecting social security benefits should be means-tested, and stop if net worth is over a certain level.

Such an idea contradicts the perception as social security as an "annuity" supported by one's own contributions while working (the privatization element) and more like a welfare or "old age insurance" program based on basic needs. This can lead to a real ideological battle.

Picture (unrelated): Strip mine at Barton, MD
Posted by Bill Boushka at 5:38 AM No comments: 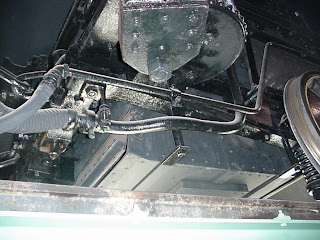 Earlier I discussed the Annual Earnings Test and the earnings limits for social security beneficiaries who retire “early”, before reaching “full retirement age” which is slowly increasing.

The more I think about it, the sillier the whole idea is. We used to think of social security as “insurance” and “old age welfare” in the FDR days, but in more recent history we have come to think of it as a forced annuity managed by the federal government. If so, why not let the beneficiary decide when he or she wants to start it, with the normal actuarial reduction in monthly benefit if started earlier (with a "perverse benefit" for not living as long, maybe benefiting males), without concern over other wages or the arcane issues of whether other income “counts” as “wages” or whether the person is “really retired” or just transferring income to other family members. At least, social security “privatization” and earnings limits are incompatible in principle.

The ideas over privatization of social security are supposed to be family and social policy neutral, a concept based on empowering individuals to control their own futures. Of course, there is a gap to be made up, because the earliest beneficiaries had never paid in. And there are other areas of social security (disability) that do act as a kind of social insurance. Family structure and spousal controversies in social policy can at least parallel those of private annuity contracts, which nearly always allow survivorship benefits.

Of course, enforcing the annual limit requires a bureaucracy and employs people. That can be a political problem, too. The same can be said about the IRS.
Posted by Bill Boushka at 5:40 PM No comments: